The history of Juliana 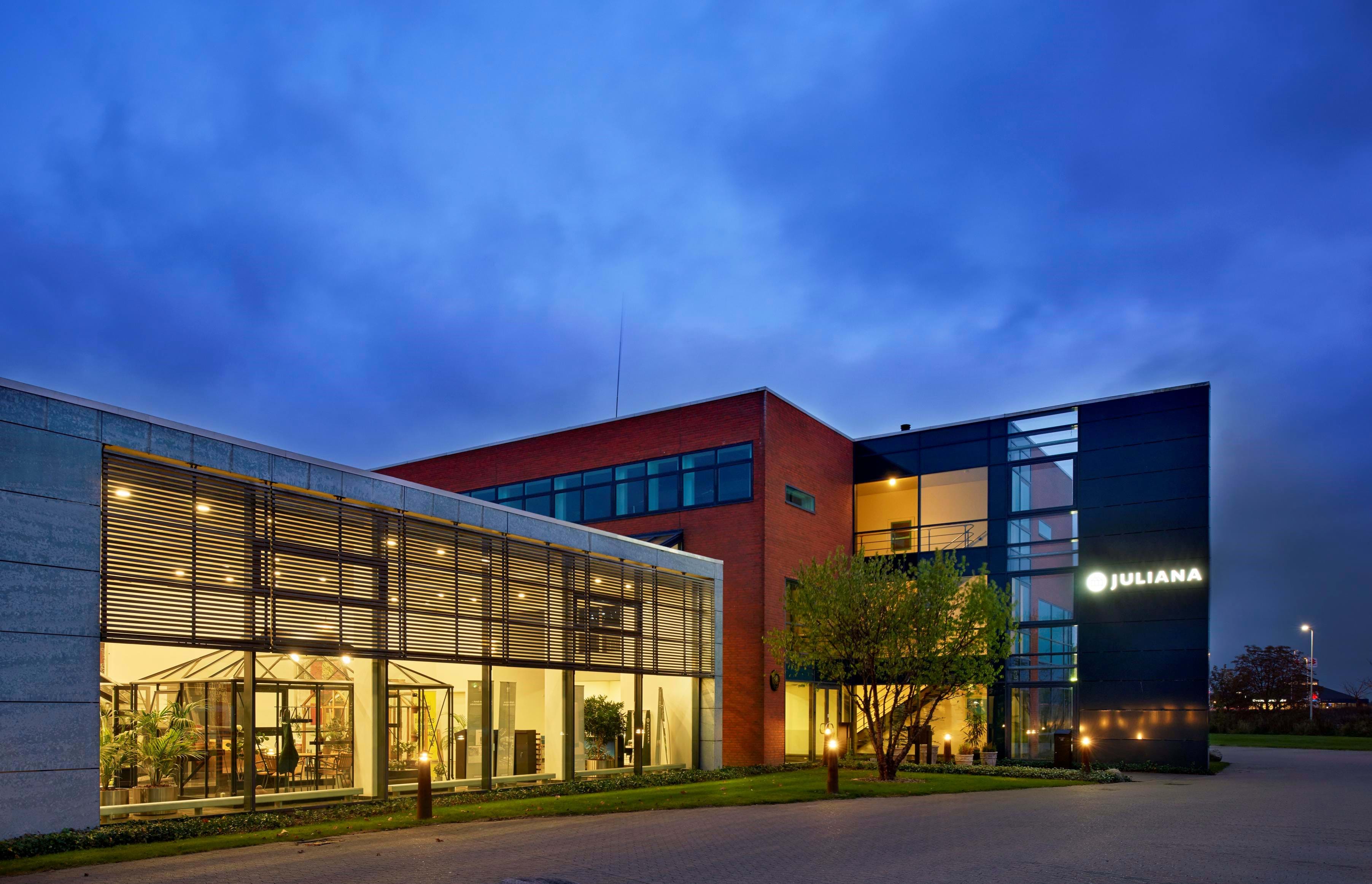 In 1963, Mogens A. Stærmose founded the business that currently bears the name Juliana Drivhuse A/S, marking the start of more than fifty years of dynamic development and growth.

The enterprise started out by manufacturing clothes-drying racks for indoor use, and later on began to manufacture the rotary clothes airers that are so familiar today.

Some of the products were manufactured in the basement of Mogens A. Stærmose’s home, but the entire process was subsequently relocated to facilities near the Odense waterfront. As Mogens A. Stærmose had previously worked as a travelling salesman, the drying racks were primarily sold on the Danish market through ironmongers all over the country. 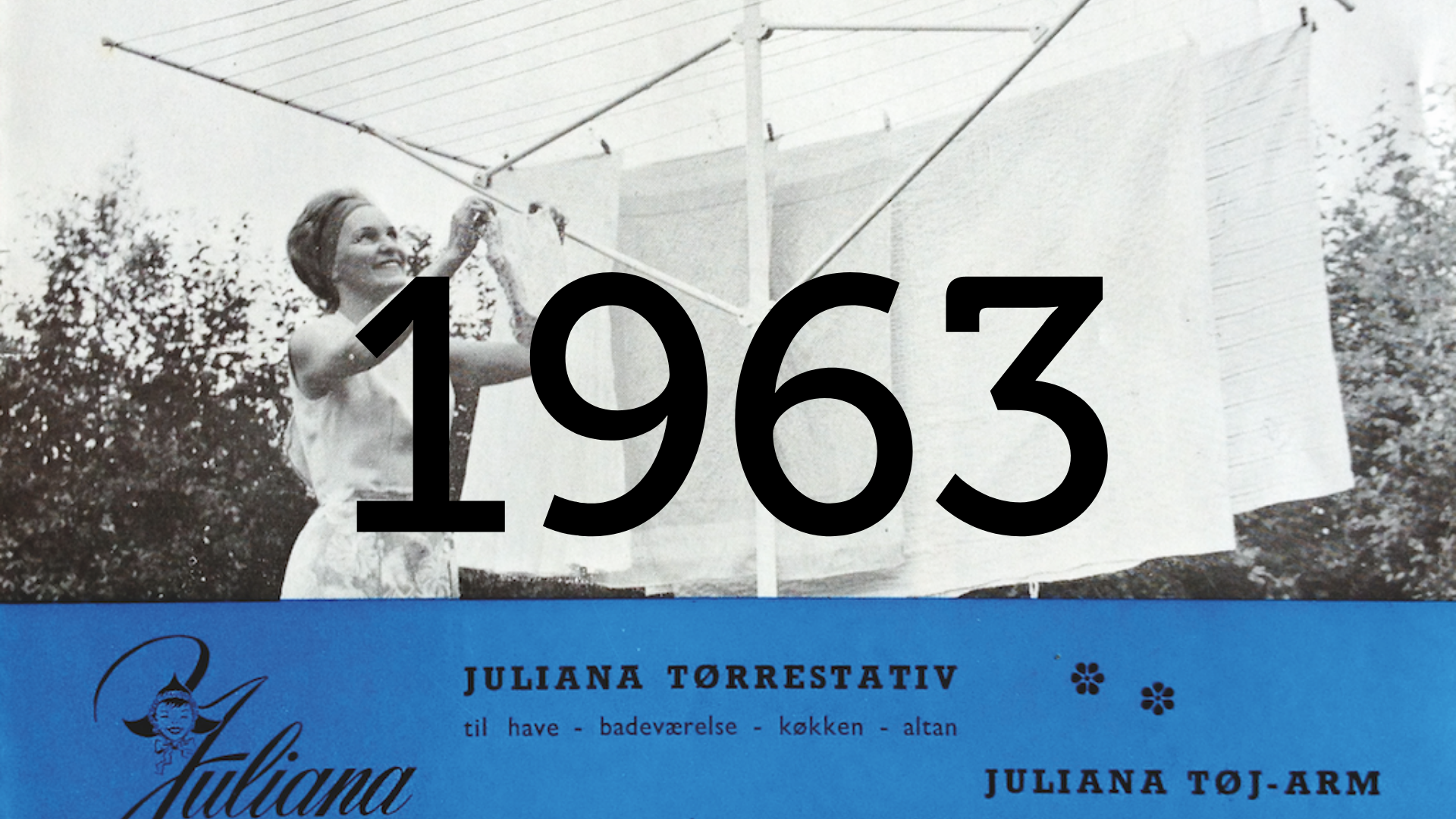 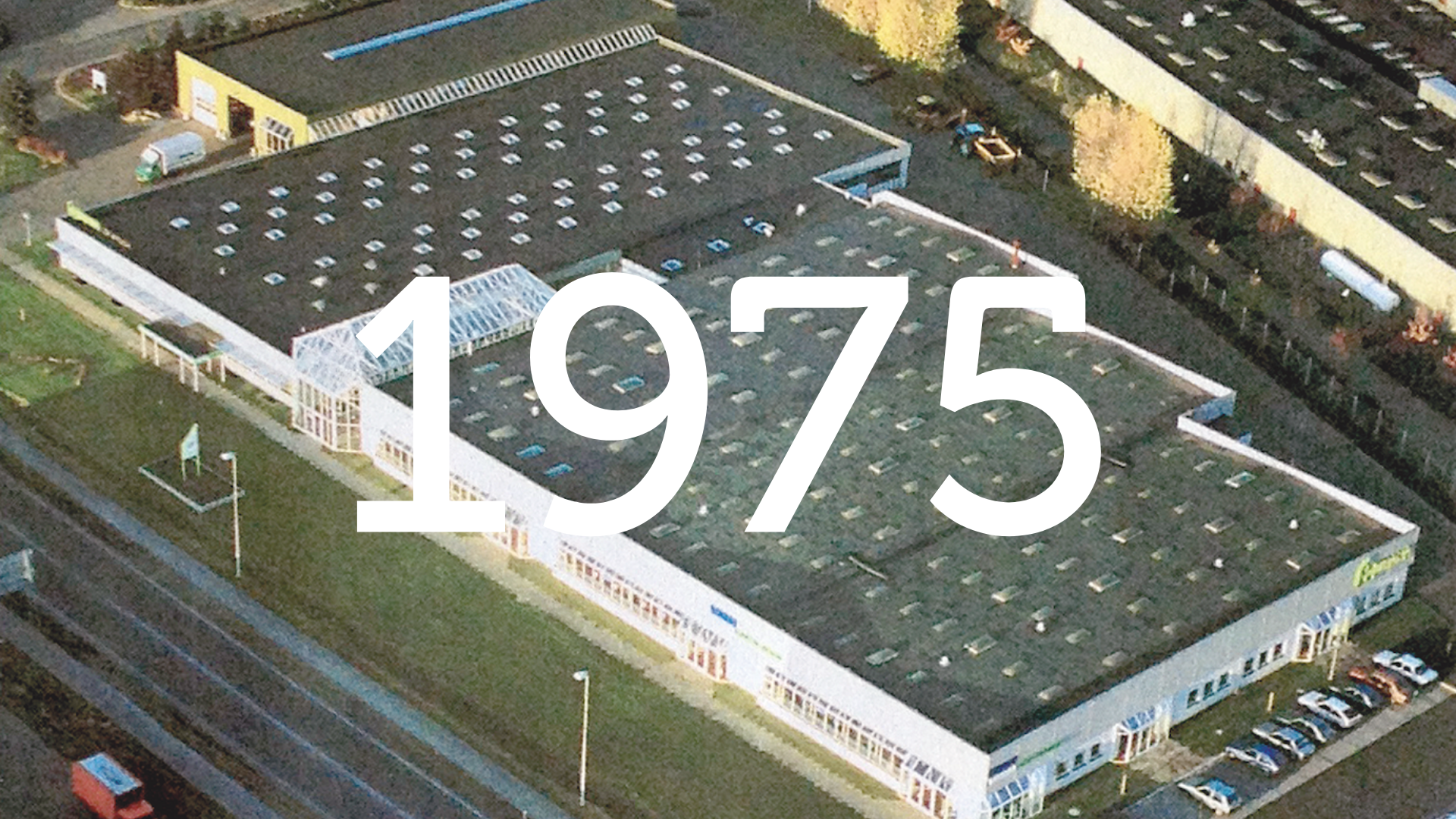 As the drying racks were made of aluminium, it was only natural to look for other interesting products in the same material to pounce on.

Hobby greenhouses were a brand-new product in the Danish market back then, but the only products available were imported.

One of Mogens A. Stærmose’s good friends was an engineer and together they developed a hobby greenhouse for Danish home gardeners and started to manufacture them. This marked the beginning of what is today the company’s core business.

In the late 1970s, Mogens A. Stærmose started contemplating retirement and therefore he wanted to prepare the company to be sold.

Bo Stærmose, his son and a qualified lawyer, assisted him in this process. Ownership of the company was transferred but, unexpectedly, Bo Stærmose ended up as the new owner, and the generational changeover was completed in 1983.

In the years leading up to this, Bo Stærmose had begun to export greenhouses to neighbouring markets in Scandinavia and Germany, and in the 1980s exports really took off. 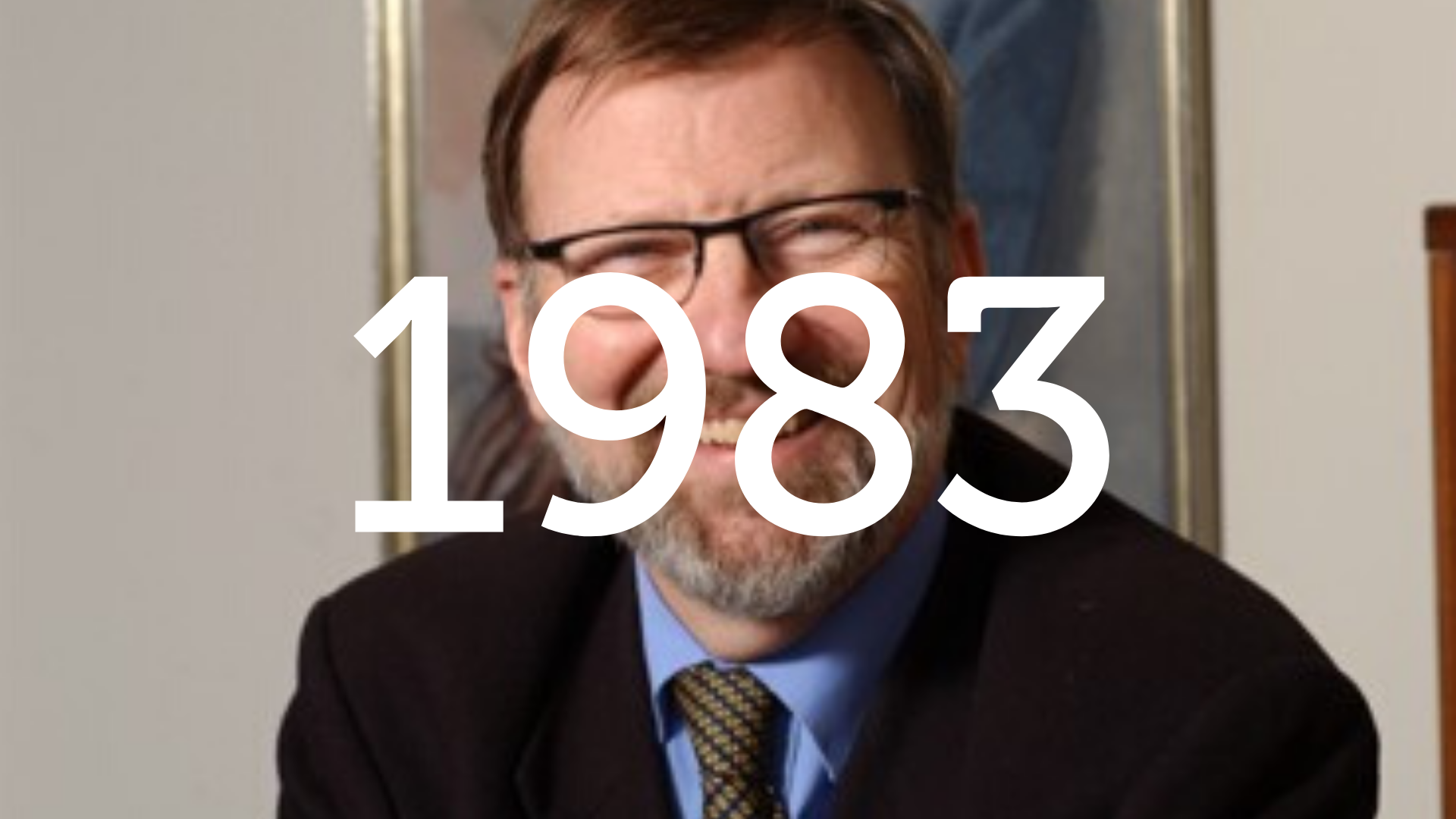 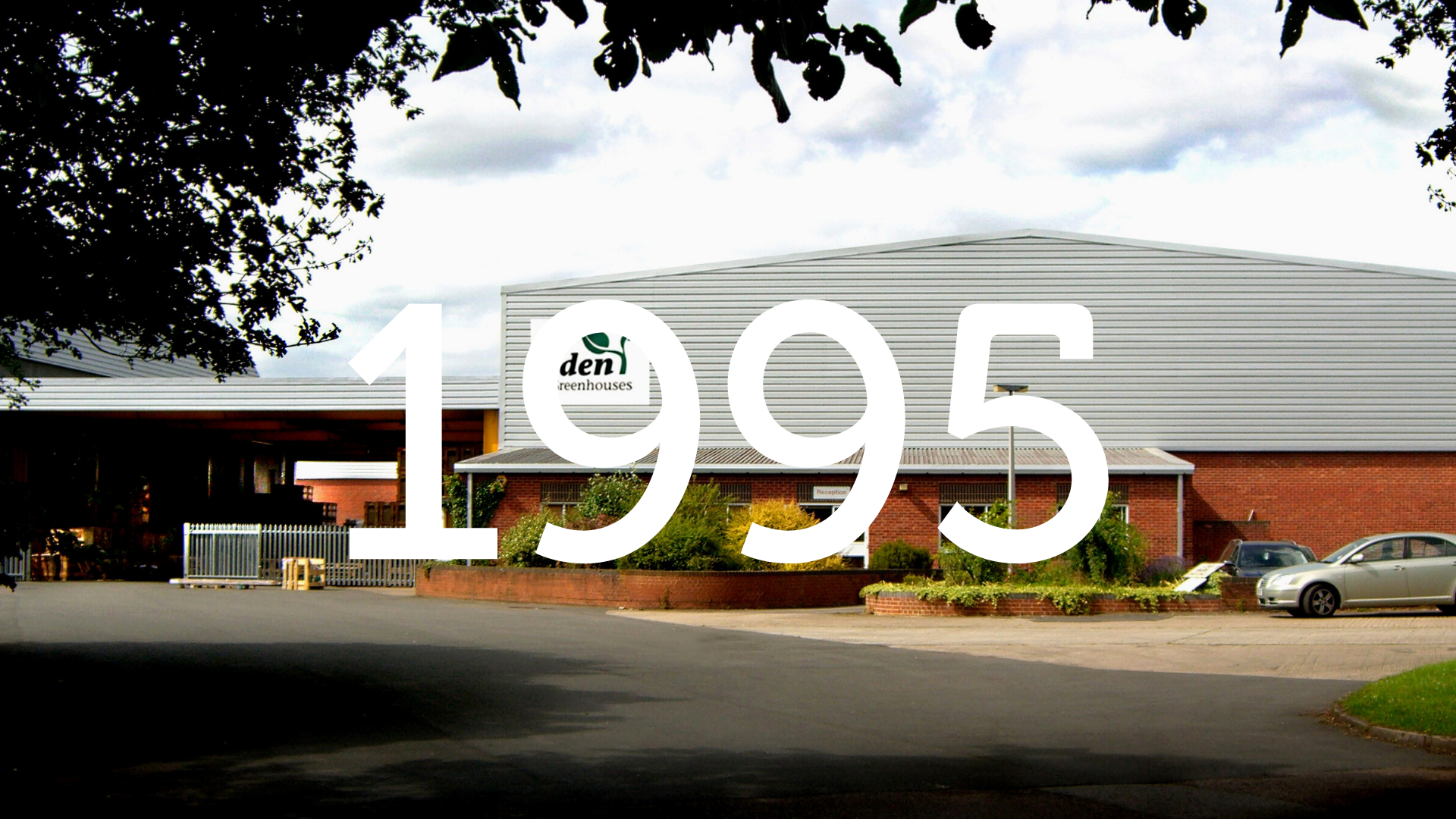 The UK is a country of avid gardeners, and for years Juliana had tried to get a toehold on the British market. As the competition was cut-throat, these efforts did not succeed until Juliana acquired two of its competitors in the British market, in 1995 and 1997 respectively.

Juliana merged these two companies to provide a sound base in what is today the biggest market for greenhouses designed with amateur gardeners in mind.

Outsourcing became a widespread trend in the Danish business community throughout the 1990s. Due to the high cost of labour, many companies relocated their production processes to low-wage countries in eastern Europe and subsequently the Far East, and Juliana Drivhuse was also considering its options.

The other was that, as greenhouses are seasonal products, flexibility is undermined by relocating production halfway around the world.

Therefore, the company decided to invest in the construction of a brand-new factory right next to Funen’s motorway. This splendid new factory was ready for occupancy in 1999, and the company introduced a number of automated measures to increase production efficiency at the same time. 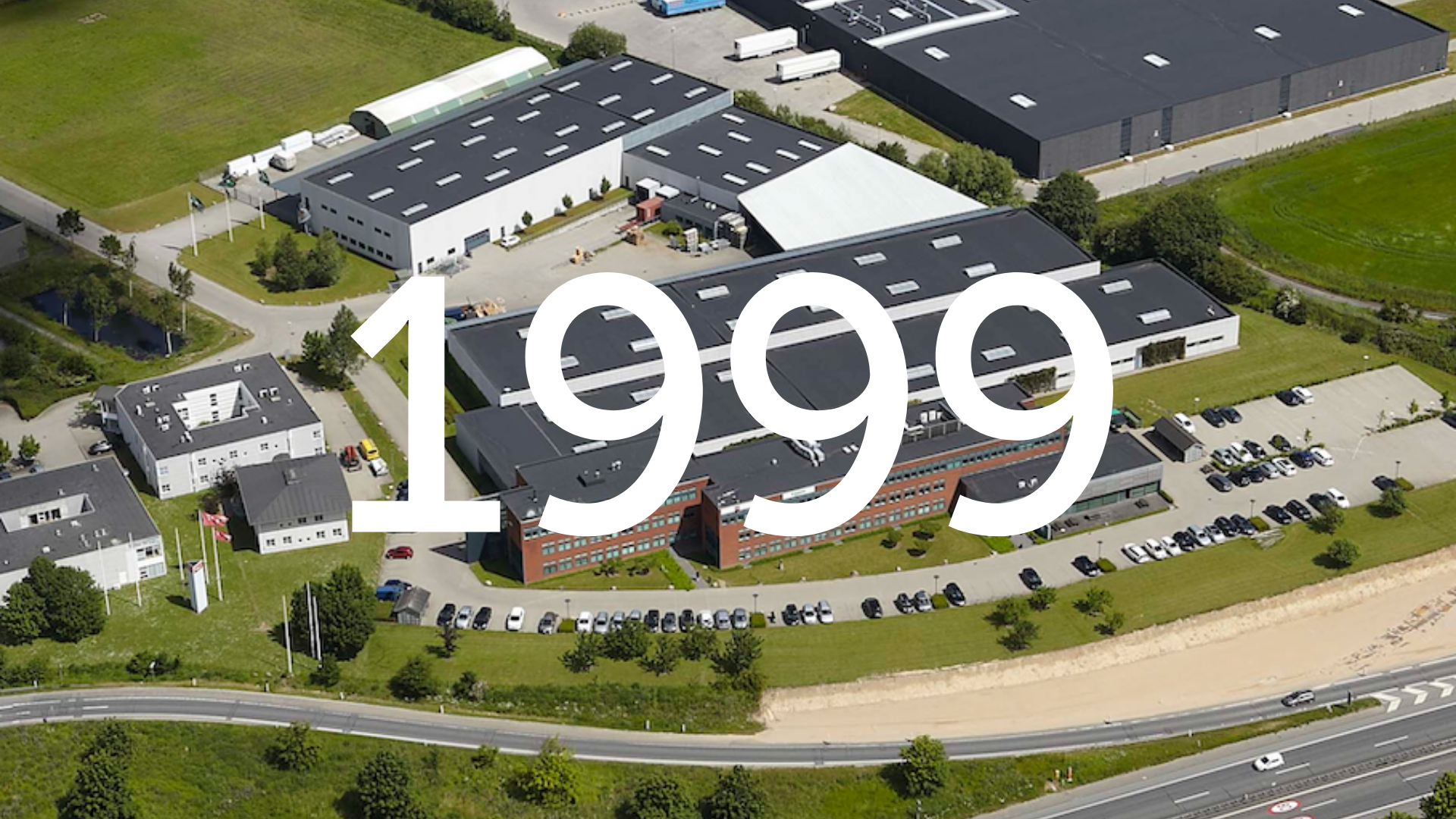 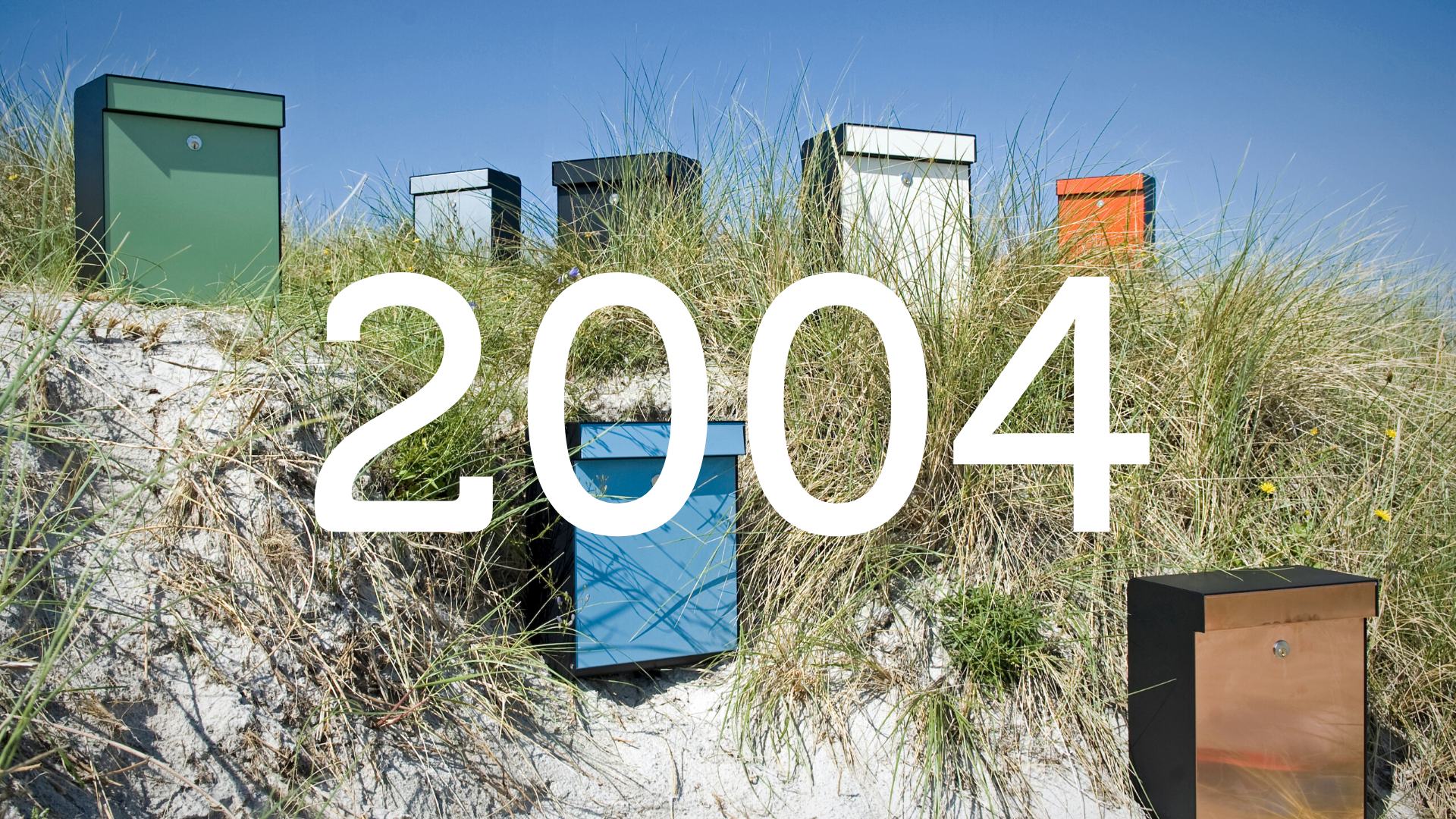 Juliana Drivhuse A/S had been running a successful greenhouse business for a number of years at this point, and now the company wanted to widen the scope of its activities. They did so by acquiring Allux, a Danish mailbox manufacturer, in 2001.

These two products seem dissimilar offhand, but as mailboxes are usually sold in the winter, i.e. from November to February, they were a good match because the product combination gave the company’s sales reps something else to do when greenhouse sales were slow.

Yet another strategic acquisition was made in 2004. The company in question this time was Aarup Halmvare, which manufactured various garden products, such as bird feeders, trellises and garden fences. At the same time, the acquisition made it possible for the third generation, in the person of Nikolaj Stærmose, to take on the challenge of running a business.

Planning a generational changeover is not easy, and drawing up a fixed plan of action beforehand is no easy task. In 2007, Juliana, the parent company, incorporated the subsidiary Aarup Halmvare, and Nikolaj Stærmose was given responsibility for Juliana’s combined sales activities.

This meant that the two generations agreed to initiate the formalities of generational changeover, which they implemented in 2009. Today, the delineation of responsibilities is such that Bo Stærmose is CEO of the group and Nikolaj Stærmose is in charge of the day-to-day management of the parent company, Juliana Drivhuse A/S.

When the financial crisis ravaged the world in late 2008, it caused a great deal of uncertainty for many businesses. But it also opened up other opportunities, which Juliana exploited when it acquired Halls, its British competitor for many years, in 2009.

The following year, yet another British greenhouse manufacturer was acquired, this time Gabriel Ash, which manufactures exclusive greenhouses made of Canadian cedar wood. 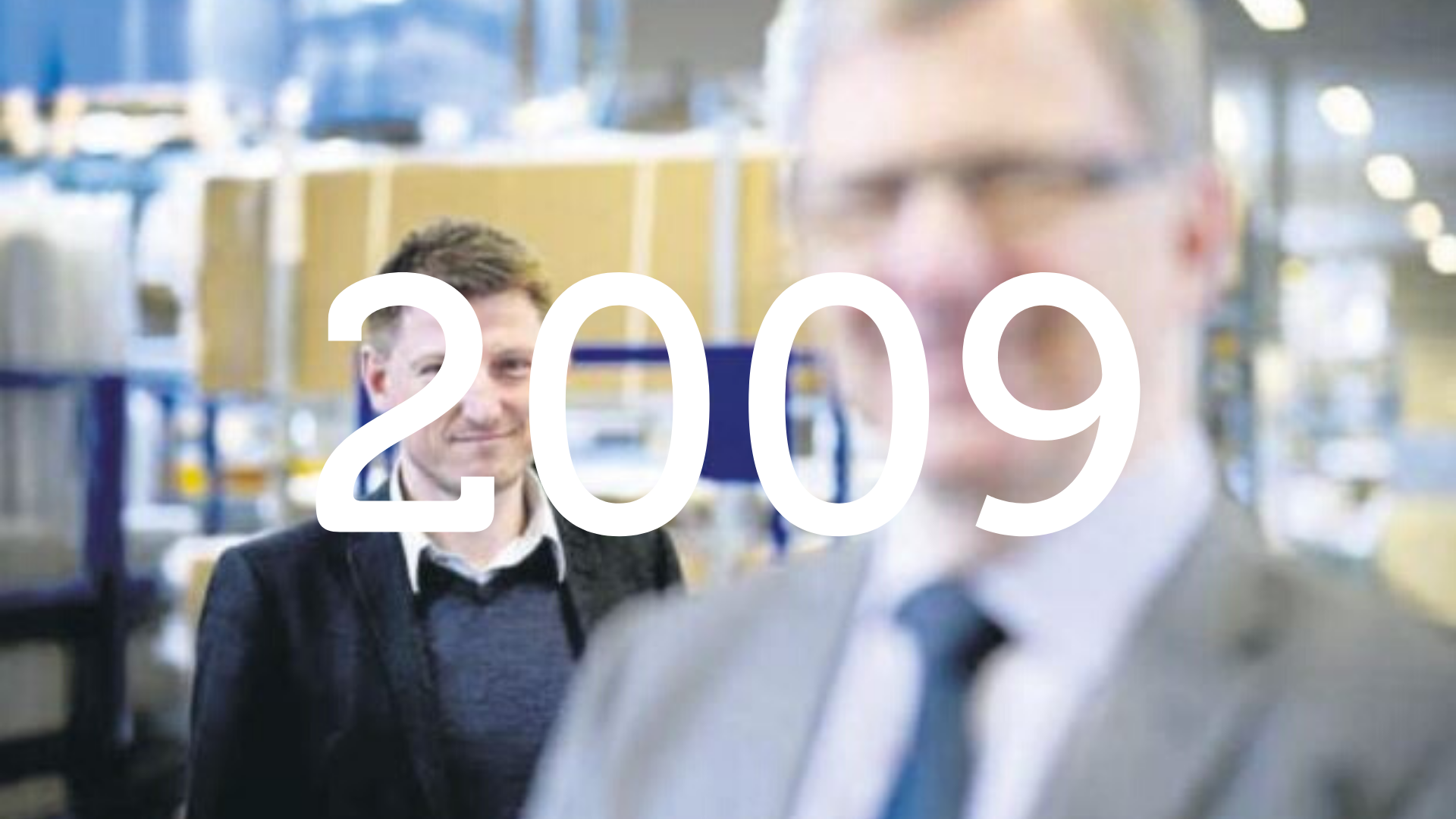 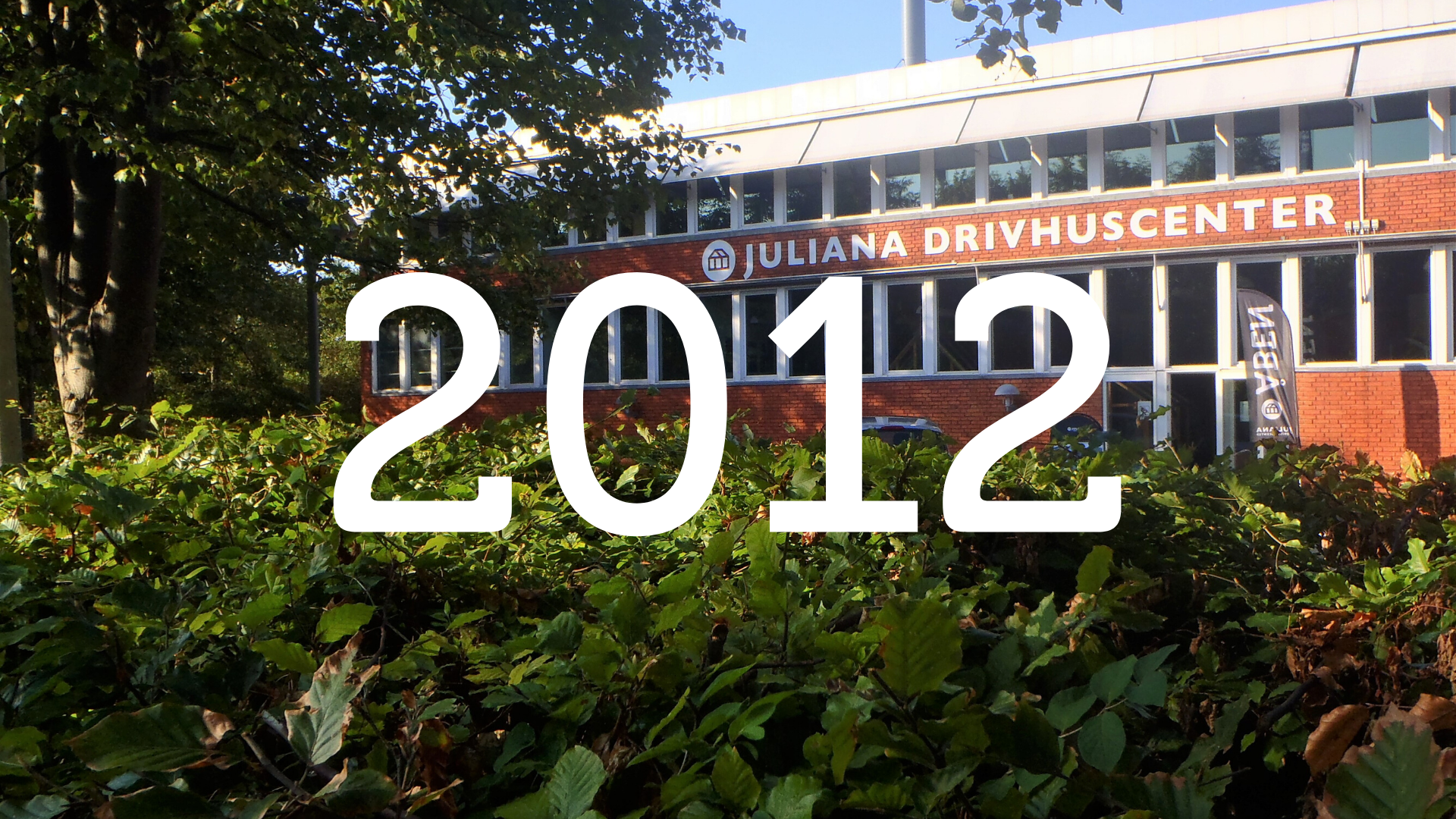 In 2012 we took an epochal step when we opened our own showroom and store in Denmark, more specifically Juliana Greenhouse Centre in Odense close to the factory. Since then more greenhouse centres have opened around the country. Greenhouse enthusiasts and interested customers can now visit the dedicated greenhouse stores and get advised and consulted in regard to life with a greenhouse. Moreover, they can take a walk around the many exhibited greenhouse- and orangery models to get inspired by the wide range of greenhouse accessories, that help simplify the greenhouse caring.

The company celebrated its 50th anniversary in style in 2013. A “reception conference” was held where the then Danish Minister for the Environment Ida Auken was one of the speakers. After the reception, a splendid anniversary party was held in the evening for the company’s employees and stakeholders.

Juliana can look back on fifty years of dynamic development and growth and, in all modesty, call itself the biggest manufacturer of home greenhouses in Europe. More than anything else, the acquisitions in 2009 and 2010 consolidated this status.

But, as the saying goes, you are only as good as your last game, so Juliana’s staff are keenly aware of the need to continuously develop business models, processes and, not least, its product ranges.

For this reason, a brand-new generation of greenhouses was launched in 2013 and 2014, the design and quality of which surpass all the previous greenhouses made at the Odense factory. 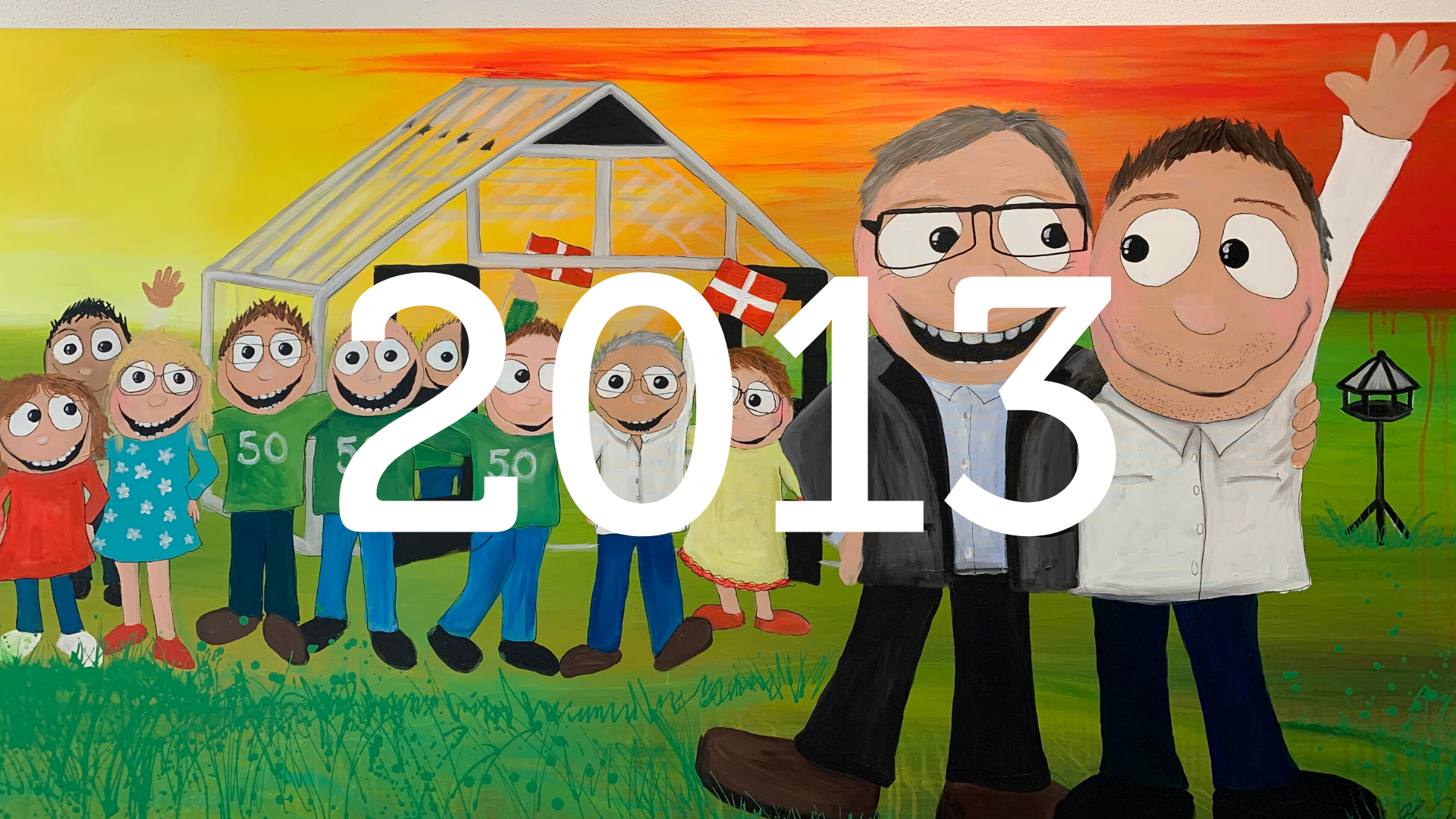 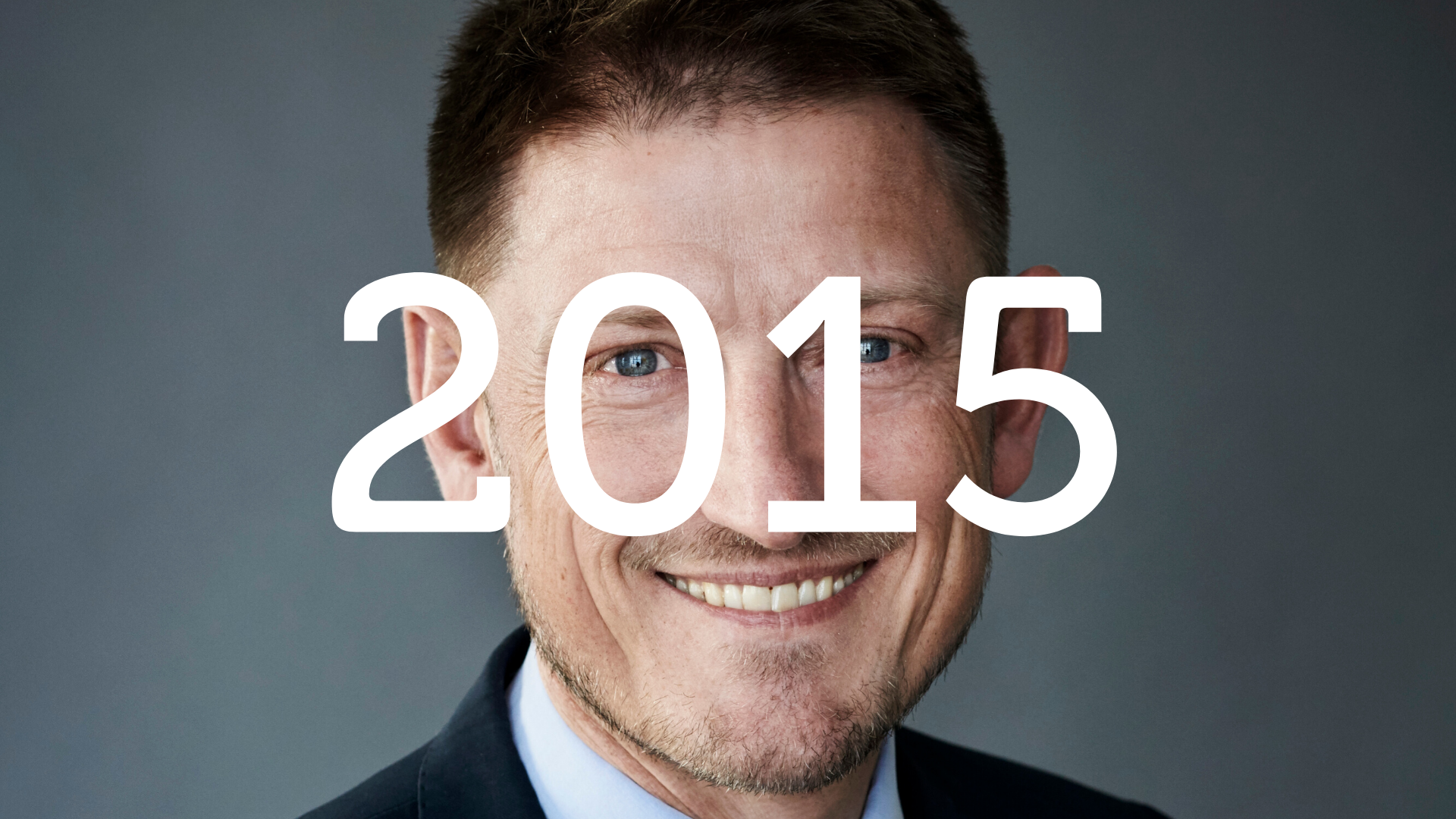 2015 became the year of the second generational changeover in the history of the company. And yet again it was quite unexpected. The new owner and day-to-day manager Nikolaj Stærmose has an entirely different education, that is an MA in History. Bo Stærmose had challenged Nikolaj to manage a subsidiary company that Juliana had bought in 2004, which aroused Nikolaj’s attention, despite his untypical education.

It became the start of a gradual generational changeover, where Nikolaj was handed more and more responsibility in the concern, and Bo Stærmose gradually withdrew from different lines of business. The generational changeover was celebrated in the summer 2015 with a party for all members of staff. Since then Bo Stærmose has acted as chairman of the board of Juliana Greenhouses A/S.

Through many years Juliana has been operating on the Danish Market with a marketing concept, called Juliana greenhouse centre, that supports the brand and its many Danish retailers.

The greenhouse centre concept was in 2017 expanded to Germany, with the opening of its first showroom in Hamburg and another in München the year after. The concept has proven to be sustainable in Germany as it has become possible to communicate the many positive stories about our greenhouses to the German consumers. It has allowed us to share our knowledge of the greenhouses’ functionality, both as traditional greenhouses and dreamhouse where you can relax and enjoy the sunlight on a chilly day. 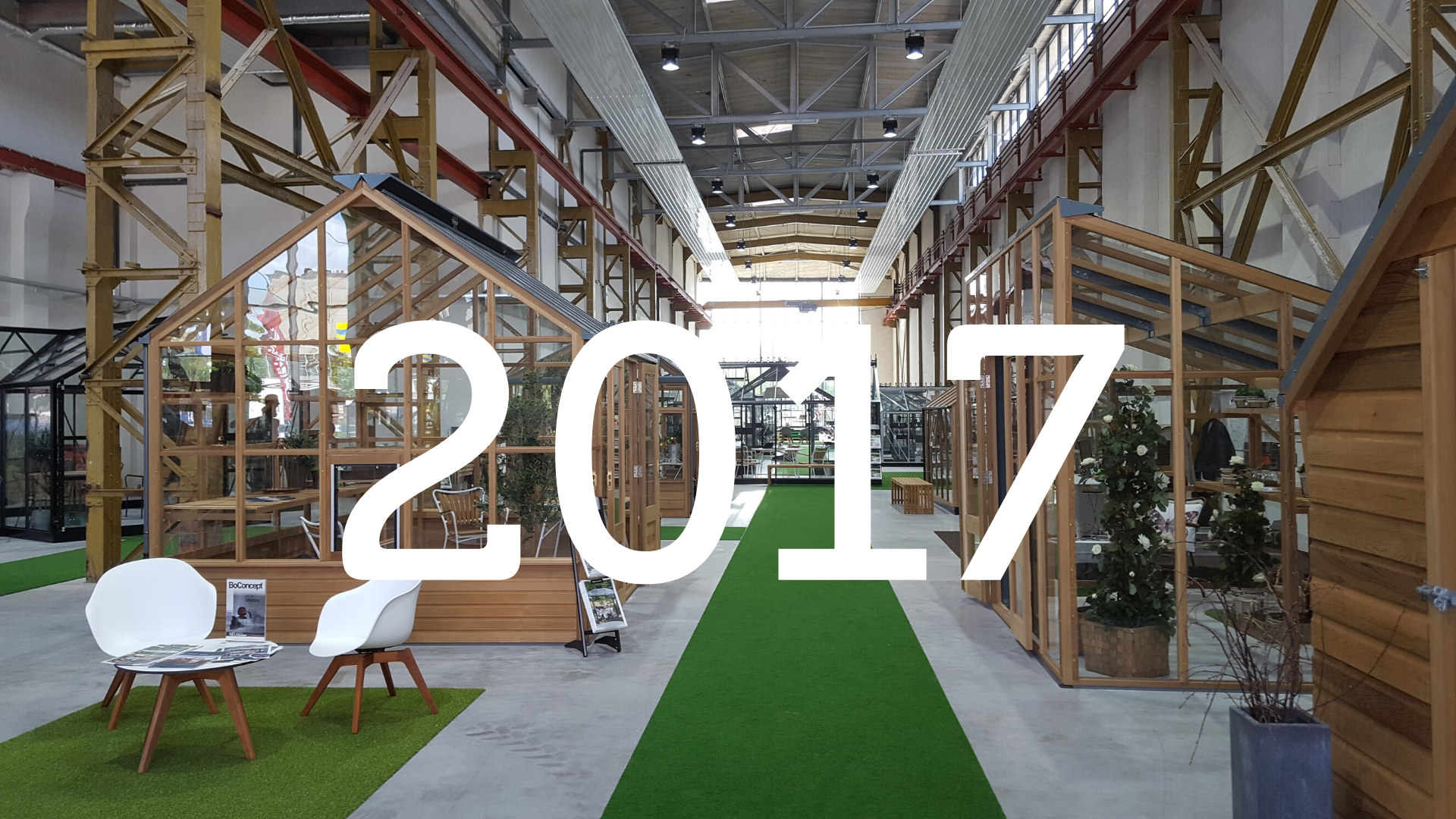 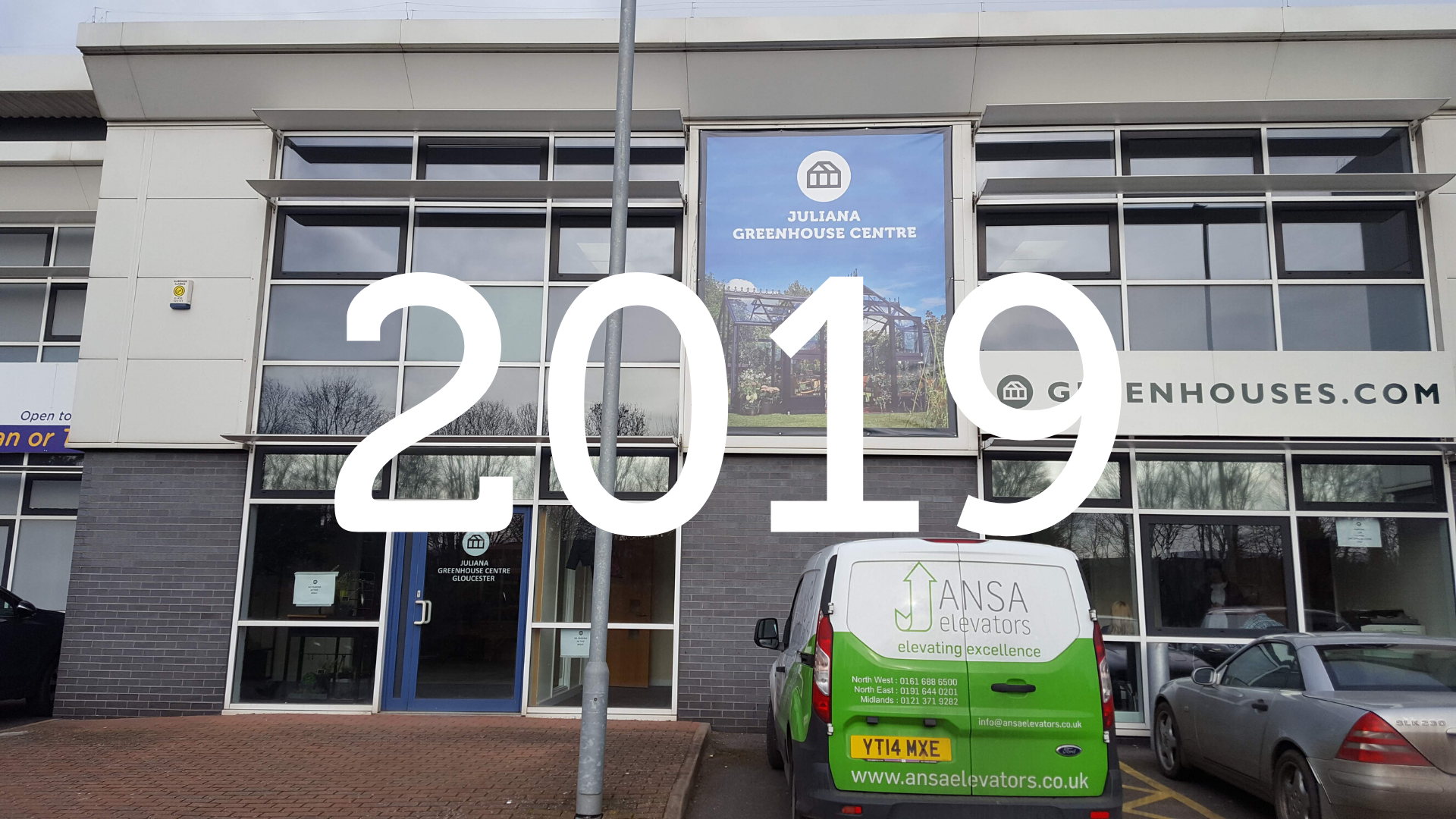 2020 became in many ways a historic year for Juliana. With a busy high season in sight, the demand for greenhouses became enormous when COVID-19 hid the world, forcing people to stay home from both work and vacation. Many chose to realise their greenhouse dream and greenhouses were shipped away like never before. Many has spent their time in 2020 on gardening and their new greenhouse. At the headquarters in Odense most employees who were able to work from home did so, to spare their colleagues so the production could continue. 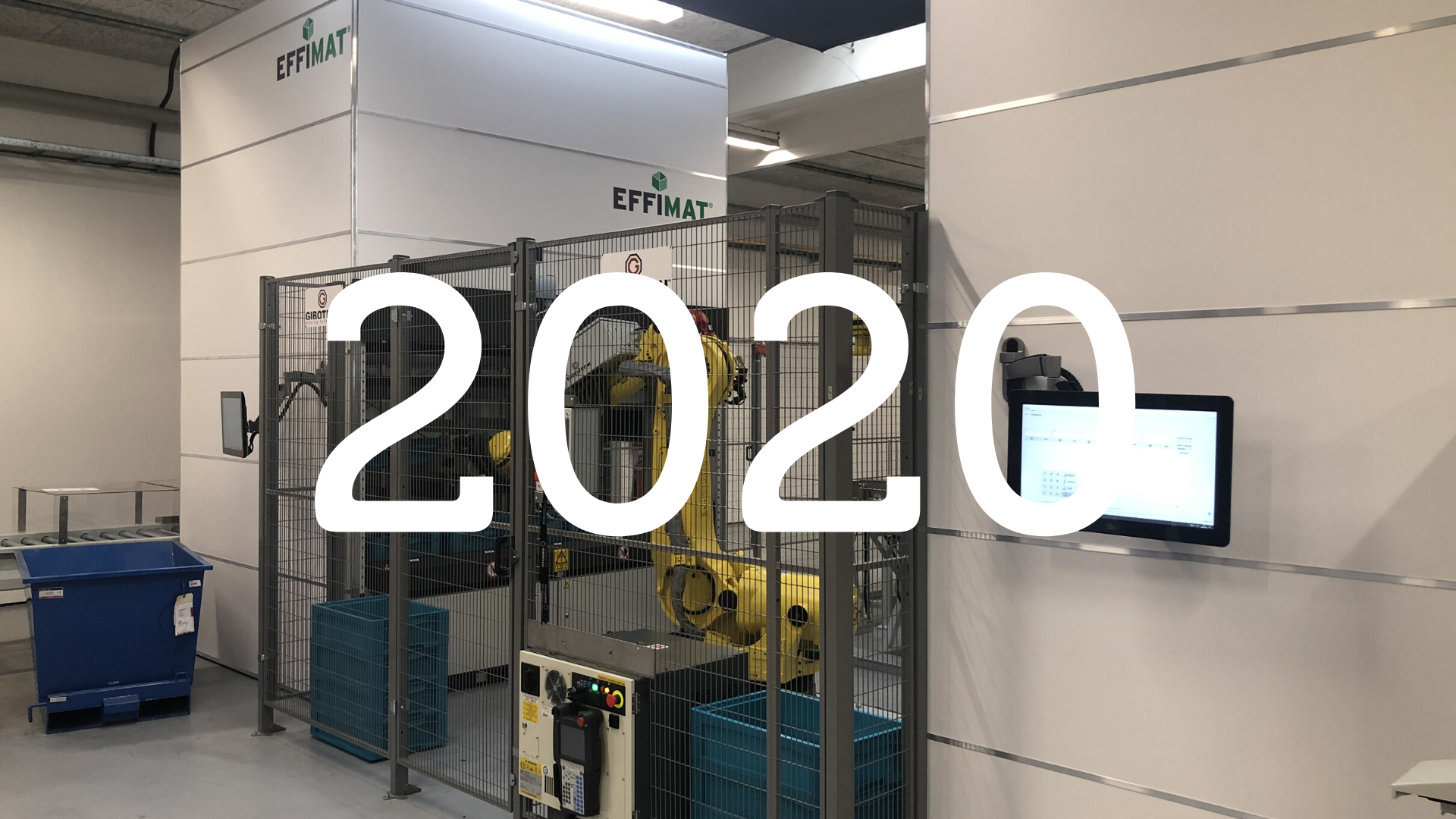